Download this week's Children's Newsletter to find out about Divine Mercy Sunday. We also have the Saint of the Week and our videos of the week. 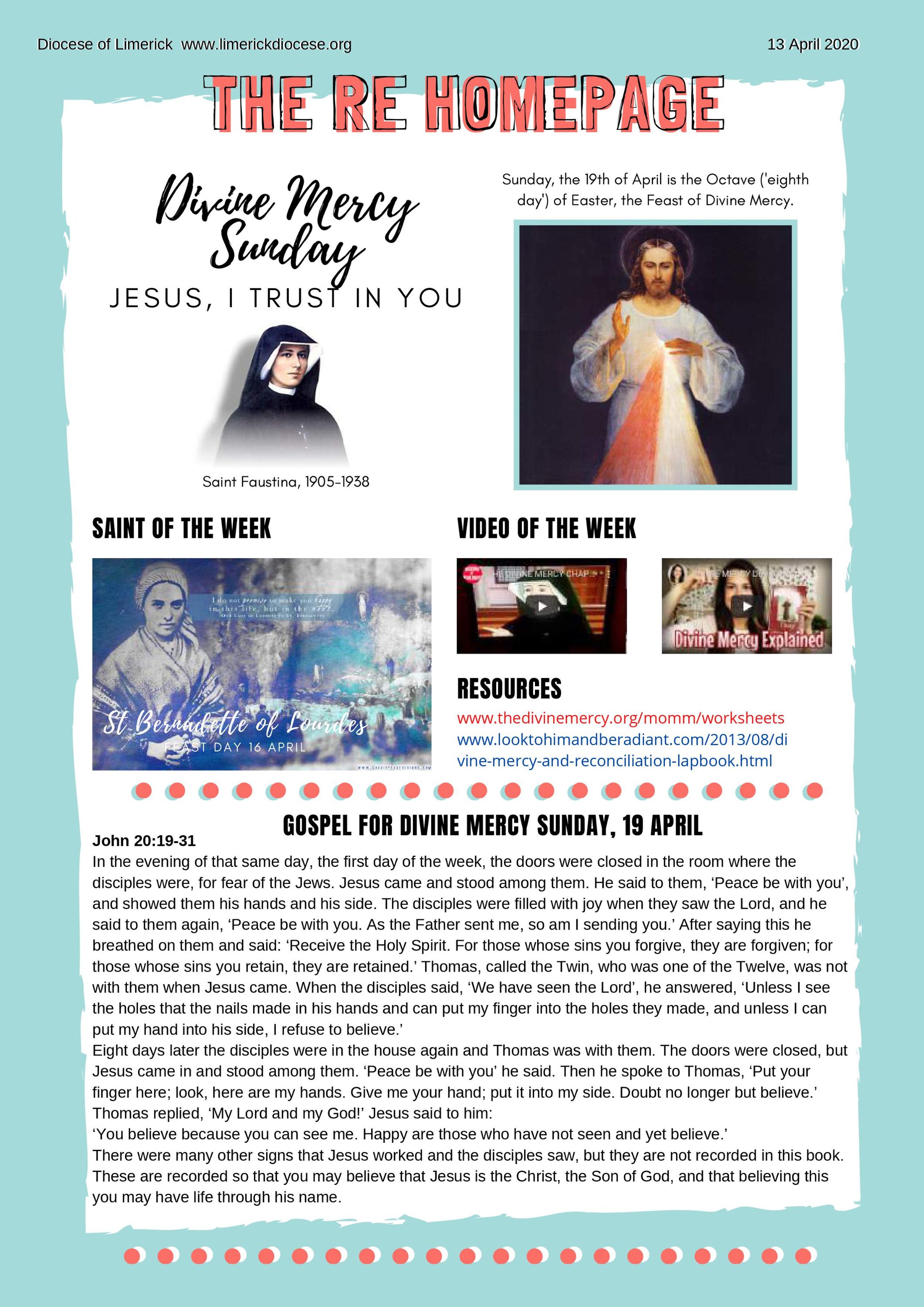 Sunday, the 19th of April is the Octave ('eighth day') of Easter, the Feast of Divine Mercy.

John 20:19-31
In the evening of that same day, the first day of the week, the doors were closed in the room where the disciples were, for fear of the Jews. Jesus came and stood among them. He said to them, ‘Peace be with you’, and showed them his hands and his side. The disciples were filled with joy when they saw the Lord, and he said to them again, ‘Peace be with you. As the Father sent me, so am I sending you.’ After saying this he breathed on them and said: ‘Receive the Holy Spirit.

For those whose sins you forgive, they are forgiven; for those whose sins you retain, they are retained.’ Thomas, called the Twin, who was one of the Twelve, was not with them when Jesus came. When the disciples said, ‘We have seen the Lord’, he answered, ‘Unless I see the holes that the nails made in his hands and can put my finger into the holes they made, and unless I can put my hand into his side, I refuse to believe.’ Eight days later the disciples were in the house again and Thomas was with them. The doors were closed, but Jesus came in and stood among them. ‘Peace be with you’ he said. Then he spoke to Thomas, ‘Put your finger here; look, here are my hands. Give me your hand; put it into my side. Doubt no longer but believe.’ Thomas replied, ‘My Lord and my God!’ Jesus said to him: ‘You believe because you can see me.

Happy are those who have not seen and yet believe.’ There were many other signs that Jesus worked and the disciples saw, but they are not recorded in this book. These are recorded so that you may believe that Jesus is the Christ, the Son of God, and that believing this you may have life through his name.

Videos of the Week

The Divine Mercy Chaplet For Kids