World Day of Prayer for Peace 2020 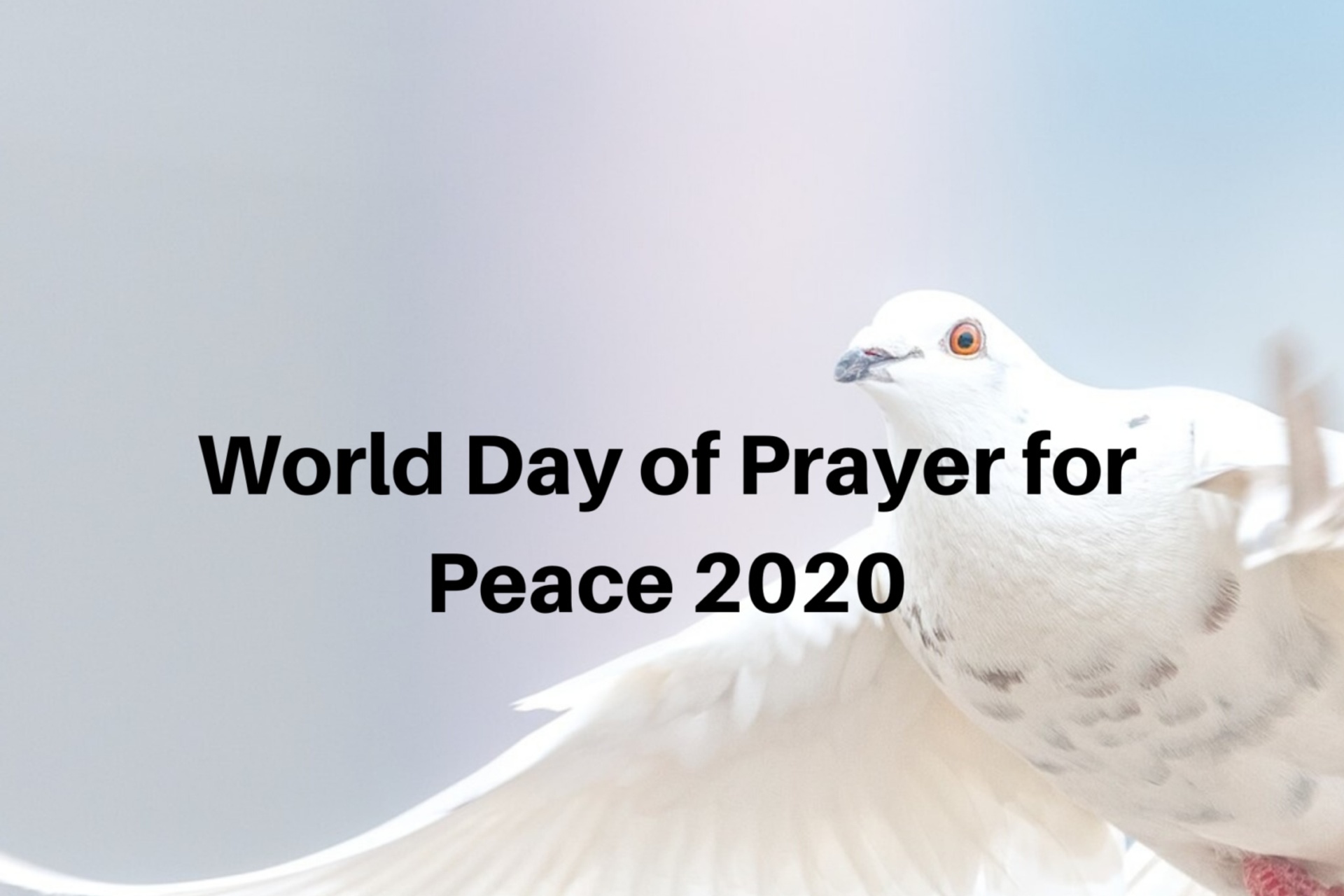 Pope Francis has chosen the theme “Peace as a journey of hope: dialogue, reconciliation and ecological conversion“. for his message for the World Day of Prayer for Peace which is celebrated on 1 January 2020.

The Pope begins by saying that hope puts us on the path to peace, while “mistrust and fear weaken relationships and increase the risk of violence.”  He urges us to be artisans of peace, open to dialogue in a spirit of reconciliation, on a journey of ecological conversion that leads to a “new way of looking at life.”

Describing peace as “a great and precious value, the object of our hope and the aspiration of the entire human family”, Pope Francis says it is a goal towards which to strive in spite of seemingly insurmountable obstacles.

He recalls the scars of war and conflict borne in “the memory and in the flesh” of humanity, and says they “affect especially the poor and the vulnerable,” perpetrating humiliation and exclusion, sorrow and injustice.

Fraternity, an innate vocation of humanity

“Entire nations – the Message reads – find it difficult to break free of the chains of exploitation and corruption that fuel hatred and violence. Even today, dignity, physical integrity, freedom, including religious freedom, communal solidarity and hope in the future are denied to great numbers of men and women, young and old.”

“Every war,” the Pope says, “is a form of fratricide that destroys the human family’s innate vocation to brotherhood.”

Peace and stability incompatible with fear of the other

War, the Pope notes, “often begins with the inability to accept the diversity of others, which then fosters attitudes of aggrandizement and domination born of selfishness and pride, hatred and the desire to caricature, exclude and even destroy the other”.

Referring to his recent visit to Japan and his call for the elimination of nuclear weapons, Pope Francis emphasizes that “peace and international stability are incompatible with attempts to build upon the fear of mutual destruction or the threat of total annihilation.”

They can be achieved, he says, only on the basis of a global ethic of solidarity and cooperation.

A part of the Message is dedicated to the issue of mistrust and fear which, the Pope says “weaken relationships and increase the risk of violence, creating a vicious circle that can never lead to a relationship of peace.”

“Even nuclear deterrence can only produce the illusion of security,” he says.

The only way to break down the current dynamic of distrust, the Pope continues, is by pursuing “a genuine fraternity based on our common origin from God and exercised in dialogue and mutual trust.”

The desire for peace, he reiterates, “lies deep within the human heart, and we should not resign ourselves to seeking anything less than this.”

The memory of the past for a future of peace

Pope Francis describes memory as the horizon of hope: “Many times, in the darkness of wars and conflicts, the remembrance of even a small gesture of solidarity received can lead to courageous and even heroic decisions.  It can unleash new energies and kindle new hope in individuals and communities.”

Recalling his moving meeting with the Hibakusha, the survivors of the atomic bombs dropped on Hiroshima and Nagasaki, who still bear witness to the horror of the past in order to ensure and build a more fair and fraternal future, the Pope describes memory as “the fruit of experience, to serve as the basis and inspiration for present and future decisions to promote peace.”

The challenge of overcoming personal and political interests

“Setting out on a journey of peace,” Pope Francis says, “is a challenge made all the more complex because the interests at stake in relationships between people, communities and nations, are numerous and conflicting”.

Hence he appeals to “people’s moral conscience and to personal and political will,” because “peace emerges from the depths of the human heart and political will must always be renewed, so that new ways can be found to reconcile and unite individuals and communities.”

In the final part of the Message Pope Francis reminds us that peace is something that must be built up continually, and that it is a journey to be made together in constant pursuit of the common good.

“The world does not need empty words but convinced witnesses, peacemakers who are open to a dialogue that rejects exclusion or manipulation,” he says.

In fact, he elaborates, “we cannot truly achieve peace without a convinced dialogue between men and women who seek the truth beyond ideologies and differing opinions,” to the point even of “seeing in an enemy the face of a brother or sister.”

The peace process, he explains, requires patience, commitment and creativity.  It must be built, step by step, opening the way to a shared hope that is stronger than the desire for vengeance.

Recognizing each other as brothers and sisters

Pope Francis goes on to urge all men and women of goodwill to “renounce the desire to dominate others” and exhorts us to learn to look at each other “as persons, sons and daughters of God, brothers and sisters”. Only by choosing the path of respect, he says, “can we break the spiral of vengeance and set out on the journey of hope”.

Learning “to live in forgiveness, we grow in our capacity to become men and women of peace,” he says, noting that true peace can only be obtained through a more just economic system, ” marked by quotas of gratuitousness and communion “.

Ecological conversion:  a new way of looking at life

Recalling his Encyclical Letter, “Laudato sì”, the Pope invokes an ecological conversion as a constructive and just response to “the consequences of our hostility towards others, our lack of respect for our common home or our abusive exploitation of natural resources – seen only as a source of immediate profit, regardless of local communities, the common good and nature itself.”

He says the journey undertaken by the recent Synod on the Amazon moves us to commit to the renewal of  “a peaceful relationship between communities and the land, between present and past, between experience and hope”.

The Pope describes it as “a  journey made of listening and contemplation of the world that God has given us as a gift to make our common home.”

“The ecological conversion for which we are appealing will lead us to a new way of looking at life, as we consider the generosity of the Creator who has given us the earth and called us to a share it in joy and moderation,” he writes. The Pope notes that for Christians, it requires that “the effects of their encounter with Jesus Christ become evident in their relationship with the world around them.”

We obtain all that we hope for

In the last chapter of his Message, the Pope says “The journey of reconciliation calls for patience and trust. Peace will not be obtained unless it is hoped for.”

He stresses that it is necessary to believe in the possibility of peace, inspired by God’s love for each one of us, that is “liberating, limitless, gratuitous and tireless”.

His invitation is to overcome fears that are at the roots of conflict, to promote a culture of encounter, to give life to universal fraternity, as we tread a Christian path sustained by the sacrament of Reconciliation, which “requires us to set aside every act of violence in thought, word and deed, whether against our neighbours or against God’s creation”.

“The grace of God our Father,” Pope Francis concludes, “is bestowed as unconditional love. Having received His forgiveness in Christ, we can set out to offer that peace to the men and women of our time. Day by day, the Holy Spirit prompts in us ways of thinking and speaking that can make us artisans of justice and peace”.

Click here to read the full Message for the 53rd World Day of Peace at the Vatican website.