Week of Prayer for Christian Unity 2020 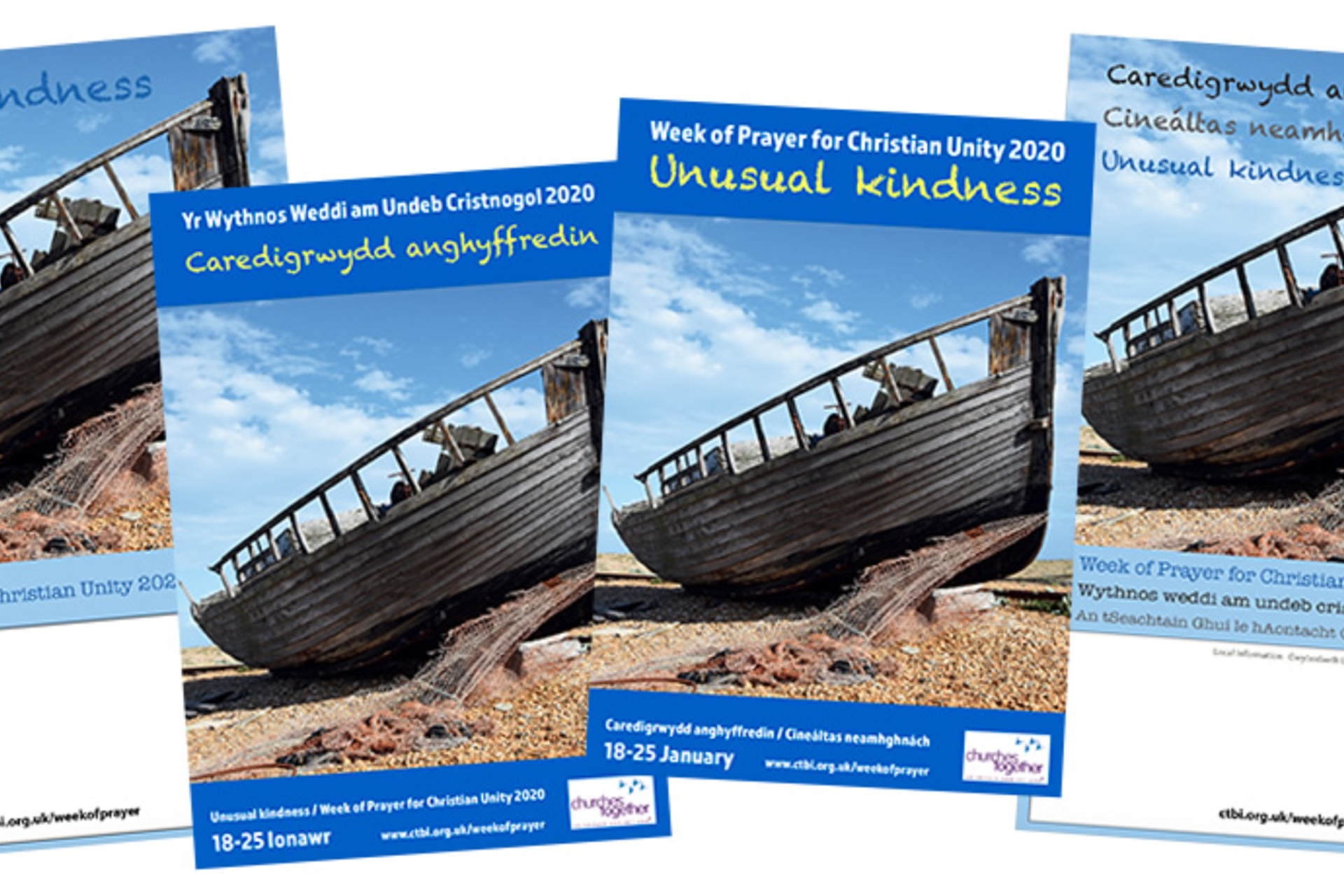 The Week of Prayer for Christian Unity will take place from 18 – 25 January on the theme “They showed us unusual kindness” (Acts 28:2).

The materials for the 2020 Week of Prayer for Christian Unity have been prepared by the Christian
churches in Malta and Gozo (Christians Together in Malta).

Information on local events for the Week of Prayer for Christian Unity will be available in parish newsletters and on diocesan and parish websites.

Background to this year’s theme and resources

On 10th February many Christians in Malta celebrate the Feast of the Shipwreck of St Paul, marking and giving thanks for the arrival of Christian faith on these islands. The reading from the Acts of the Apostles used for the feast is the text chosen for this year’s Week of Prayer.

The story begins with Paul being taken to Rome as a prisoner (Acts 27: 1). Paul is in chains, but even in what turns out to be a perilous journey, the mission of God continues through him. This narrative is a classic drama of humanity confronted by the terrifying power of the elements. The passengers on the boat are at the mercy of the forces of the seas beneath them and the powerful tempest that rages about them. These forces take them into unknown territory, where they are lost and without hope.

The 276 people on board the ship are divided into distinct groups. The centurion and his soldiers have power and authority but are dependent on the skill and experience of the sailors. Although all are afraid and vulnerable, the prisoners in chains are the most vulnerable of all. Their lives are expendable; they are at risk of summary execution (27: 42). As the story unfolds, under pressure and in fear for their lives, we see distrust and suspicion widening the divisions between the different groups.

Remarkably, however, Paul stands out as a centre of peace in the turmoil. He knows that his life is not governed by forces indifferent to his fate, but rather is held in the hands of the God to whom he belongs and whom he worships (see 27: 23). Because of this faith, he is confident that he will stand before the emperor in Rome, and in the strength of this faith he can stand before his fellow travellers and give thanks to God. All are encouraged. Following Paul’s example, they share bread together, united in a new hope and trusting in his words.

This illustrates a major theme in the passage: divine providence. It had been the centurion’s decision to set sail in bad weather, and throughout the storm the sailors made decisions about how to handle the ship. But in the end their own plans are thwarted, and only by staying together and allowing the ship to be wrecked do they come to be saved through divine providence. The ship and its entire valuable cargo will be lost, but all lives will be saved, “for none of you will lose a hair from your heads” (27: 34; see Lk 21:18). In our search for Christian unity, surrendering ourselves to divine providence will demand letting go of many things to which we are deeply attached. What matters to God is the salvation of all people.

This diverse and conflicted group of people runs aground “on some island” (27:26). Having been thrown together in the same boat, they arrive at the same destination, where their human unity is disclosed in the hospitality they receive from the islanders. As they gather round the fire, surrounded by a people who neither know nor understand them, differences of power and status fall away. The 276 are no longer at the mercy of indifferent forces, but embraced by God’s loving providence made present through a people who show them “unusual kindness” (28:2). Cold and wet, they can warm and dry themselves by the fire. Hungry, they are given food. They are sheltered until it is safe for them to continue their journey.

Today many people are facing the same terrors on the same seas. The very same places named in the reading (27:1, 28:1) also feature in the stories of modern-day migrants. In other parts of the world many others are making equally dangerous journeys by land and sea to escape natural disasters, warfare and poverty. Their lives, too, are at the mercy of immense and coldly indifferent forces – not only natural, but political, economic and human. This human indifference takes various forms: the indifference of those who sell places on unseaworthy vessels to desperate people; the indifference of the decision not to send out rescue boats; and the indifference of turning migrant ships away. This names only a few instances. As Christians together facing these crises of migration this story challenges us: do we collude with the cold forces of indifference, or do we show “unusual kindness” and become witnesses of God’s loving providence to all people?

Hospitality is a much needed virtue in our search for Christian unity. It is a practice that calls us to a greater generosity to those in need. The people who showed unusual kindness to Paul and his companions did not yet know Christ, and yet it is through their unusual kindness that a divided people were drawn closer together. Our own Christian unity will be discovered not only through showing hospitality to one another, important though this is, but also through loving encounters with those who do not share our language, culture or faith.

In such tempestuous journeys and chance encounters, God’s will for his Church and all people comes to fulfilment. As Paul will proclaim in Rome, this salvation of God has been sent to all peoples (see Acts 28:28).

The reflections for the eight days of the Week of Prayer for Christian Unity and the worship service are focused on the text from the Acts of the Apostles.

The themes for the eight days are:

Click the links below to download the Week of Prayer for Christian Unity main resource in English and Irish: